Last autumn I spent a few days in Belfast, Northern Ireland. A trip to Belfast used to be one of my greatest dreams when I was a teenager. I was completely immersed in the story of the ship Titanic, which was built in Belfast. Stepping out of the taxi next to my hotel I felt like I had travelled back in time to 1912. Even though Belfast has plenty of new hotels, light modern shopping centres and the like, its history as a seaport is still strongly present.

I believe visiting Belfast is an up and coming trend for European weekend travellers, because it was off their lists for a long time due to violence in Northern Ireland. As the unrest has passed tourists return to the city – but the crowds are not so large that you can’t enjoy the real lifestyle of Northern Ireland. Belfast is also a great destination to combine to any Game of Thrones themed trip to the country.

During my Belfast trip, I stayed at the brand new Grand Central hotel and I would give it a warm recommendation. Even more interesting accommodation can definitely be found in the Titanic hotel. It offers great style even to those who are not so interested in the history of the ship. The Titanic hotel is located in the Titanic Quarter where the old head office of Harland & Wolff, builders of the ship, has been turned into a hotel. Here, in his office, Thomas Andrews drew the plans for the ship. Of course, the city also has other exciting options for accommodation, such as the historic Europa hotel, which is the most bombed hotel in Europe.

At the moment there are no direct flights to Belfast from Helsinki, but the drive from Dublin is around 1.5 hours. This time I took a taxi, but there are also direct buses you can take from the airport.

How to find the best things to do in Belfast? 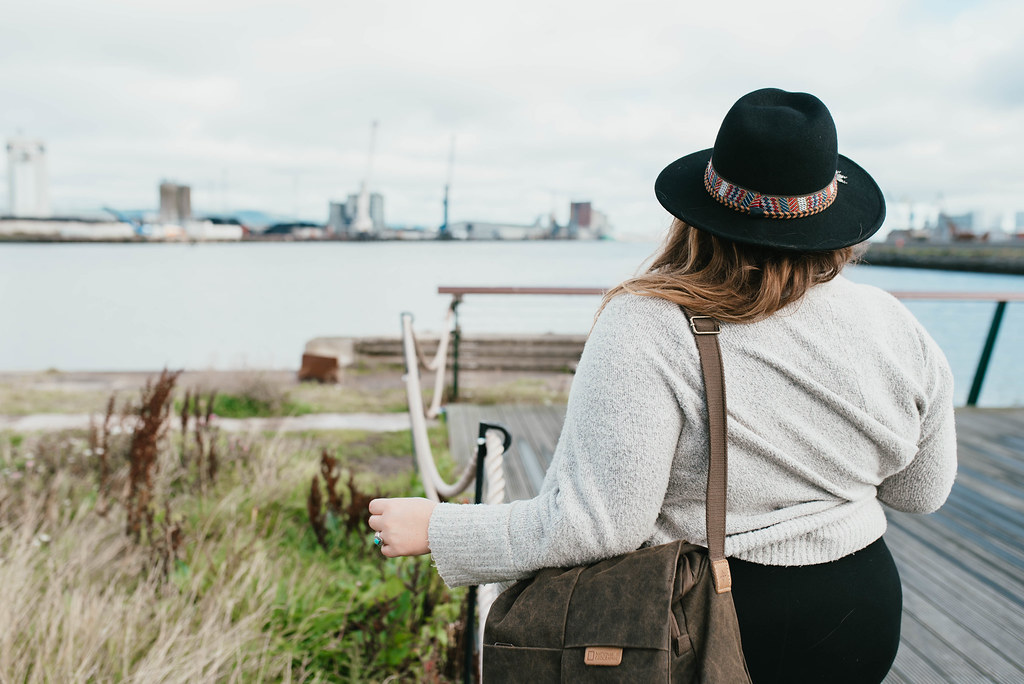 Taste and Tour organises food and drink themed group and private tours around Belfast. We took part in the Gin Tour, but you can choose to go on a Whiskey Walk, Food Tour or a Brewery Tour.

The Gin Tour was the perfect introduction to the pub culture of Belfast with a local guide. We started the tour from the oldest bar in the city and visited at least five different places trying out local gins – eat something before the tour, you might get tipsy!

These locals showed us from the start how to party in Belfast. Before I start, I want to mention I went to see the film Titanic at least five times in the cinema and have seen it at home more than a hundred times since then (I am not exaggerating, I have actual records of this). In addition, I became absorbed in the real story of the ship itself. As a teenager, I read dozens of books on the subject from novels to technical shipbuilding guides. Later on, I even had a psychic tell me I had been on this ship as a passenger in my past life – who knows.

For decades Titanic was a great embarrassment for shipbuilding in Belfast. The whole topic was buried and kept out of mind because of the shame and sorrow.

As years went by the wreck was finally discovered at the bottom of the ocean, and it was possible to confirm that the reason it sank was not due to its structure. This started a new era in Belfast where Titanic and its dramatic story have become its figurehead.

In the Titanic Quarter, you will find the Titanic museum, where you should DEFINITELY visit during your trip to Belfast. 3. The most bombed hotel in Europe

The four-star Europa Hotel is the most bombed hotel in Europe and according to some estimates, even in the world. It was opened in 1971 and has suffered through 36 bombings during the Troubles in Northern Ireland. The hotel still stands in its original place and is filled with a feel of history. If staying at a hotel that has been bombed like this does not appeal to you, you can visit its lobby or have a drink at the bar.

Grand Central hotel, where I stayed, is part of the same hotel chain and is located only a few hundred meters from here. Giant’s Causeway with its views straight out of Game of Thrones is worth experiencing on a day trip or a longer trip. The coast of Northern Ireland has scenery that you simply can’t miss while travelling in this part of the world. Rent a car or book a day tour with a driver either for a group tour or a private tour. There are several operators available, but I can recommend Giant Tours from my heart.

Read more about my experience doing the Game of Thrones tour here. The Gobbins path runs through the coast and is said to be the most dramatic walking route in Europe. Gobbins is located around a half an hour drive from Belfast. The path is currently closed but is scheduled to open again closer to summer 2019. The tour is always led by a trained guide, and bookings must be made beforehand.

The website will warn you that the hike is very demanding and suitable only for experienced athletes in full health, but if I could easily do it with my injured leg, you do not need to worry about these warnings. In reality, the path is fairly easy to walk, but it is important to wear good shoes because the cliffs are slippery.

You can find the driving instructions from Belfast here. 6. Ballygally – the knock on the door is not room service

If you carry on from Belfast to the north and are looking for some excitement, stop at the Ballygally castle hotel for a night.

The castle of Ballygally was built in 1625. At that time Lord James Shawn is said to have locked his wife Isabella into a tower in the castle after she gave birth to a girl. Isabella committed suicide by falling out of the window and haunts the castle, which has now been turned into a hotel. Customers who stay at the hotel regularly report strange experiences and knocks on their door at night…