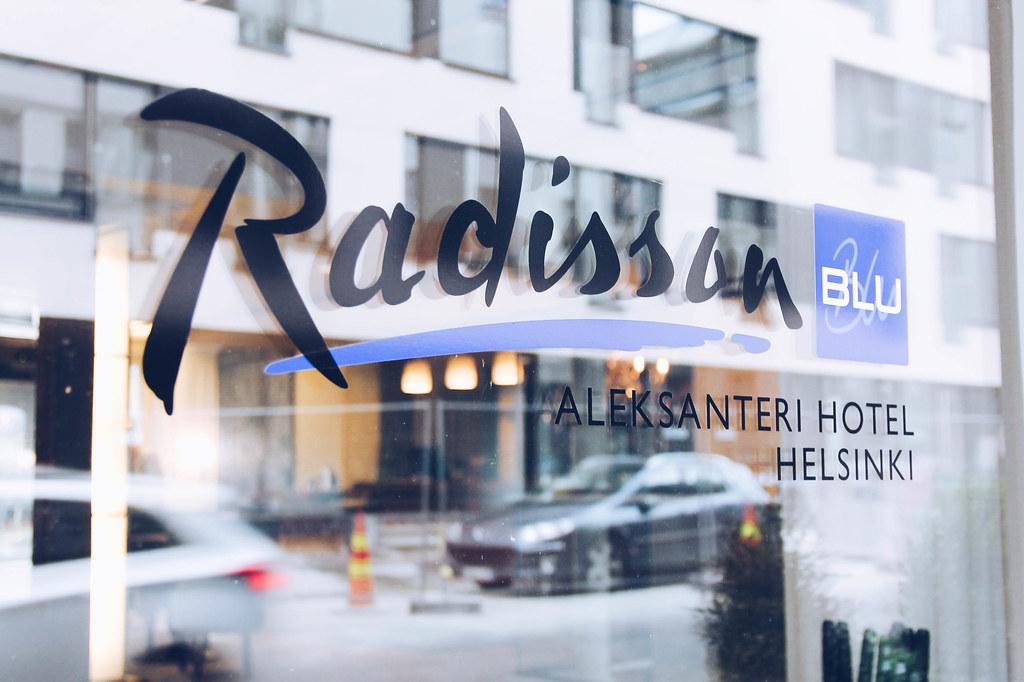 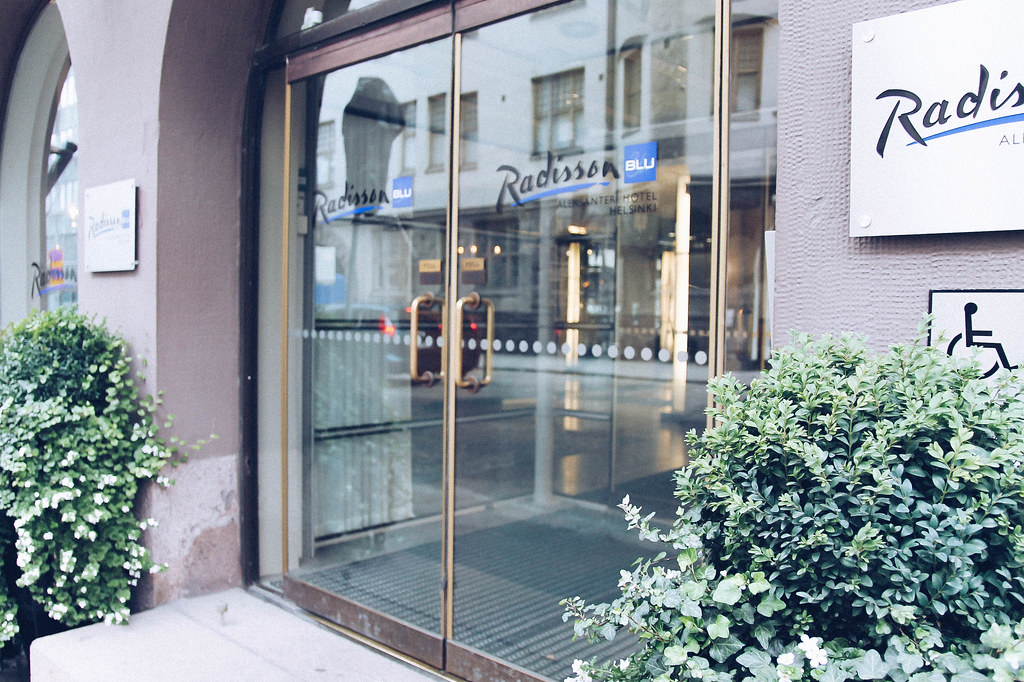 After giving up my apartment, I’ve started to spend way too much time staying in hotels around the globe, which for now I absolutely enjoy! My final destination is Chiang Mai, but my departure got delayed with almost two months due to some unfinished projects, but I’m getting there – 3 or 4 more weeks to go!

Last night I stayed in Radisson Blu Aleksanteri Hotel Helsinki, and have never felt more at home in a hotel room. As I checked in, the lady at the check-in advised me to stay downstairs for a bit to enjoy some coffee and pastries on the house – how could I say no? I mean, I had promised myself earlier that morning to eat a bit healthier, but oops. 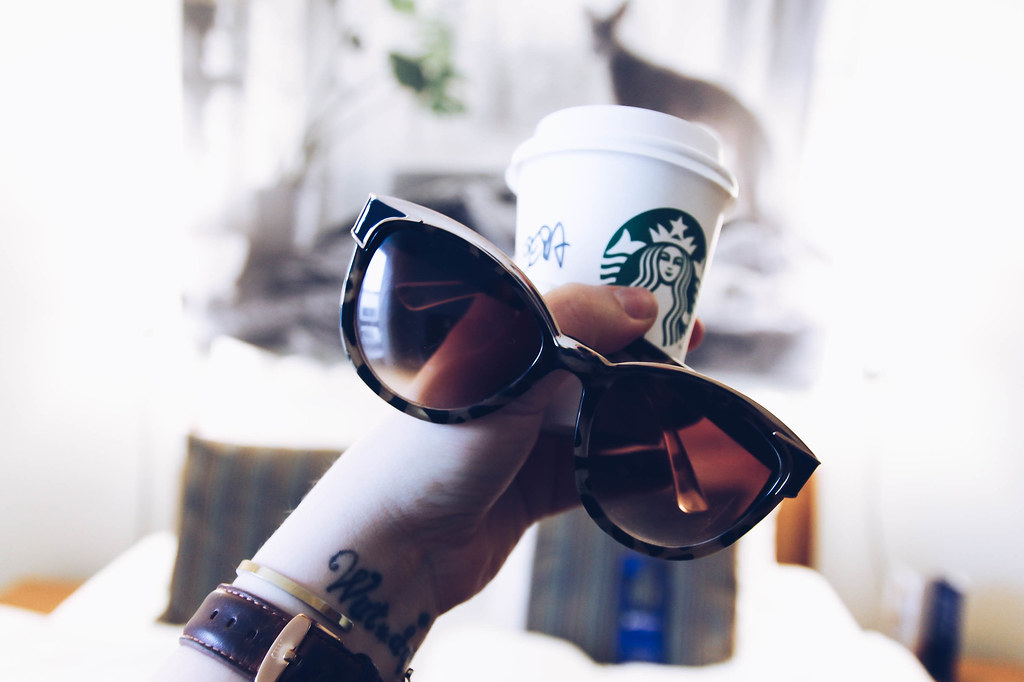 I spent a night in a cute and cozy Standard Room on the top floor of the hotel. Orange and green have never been my favorite colors, but they did actually make the room feel even a bit cozier. And what topped the experience was the cute picture with a dog – would have liked a real one though, I really really want to get a dog, but I’d need like a travelling one!

The bed in the room happened to be the comfiest one yet, but comfy beds are something I trust whenever I am staying at a Radisson Blu, as they guarantee you a good night sleep. And as a busy travelling solopreneur, I’ve come to appreciate a good night of sleep. 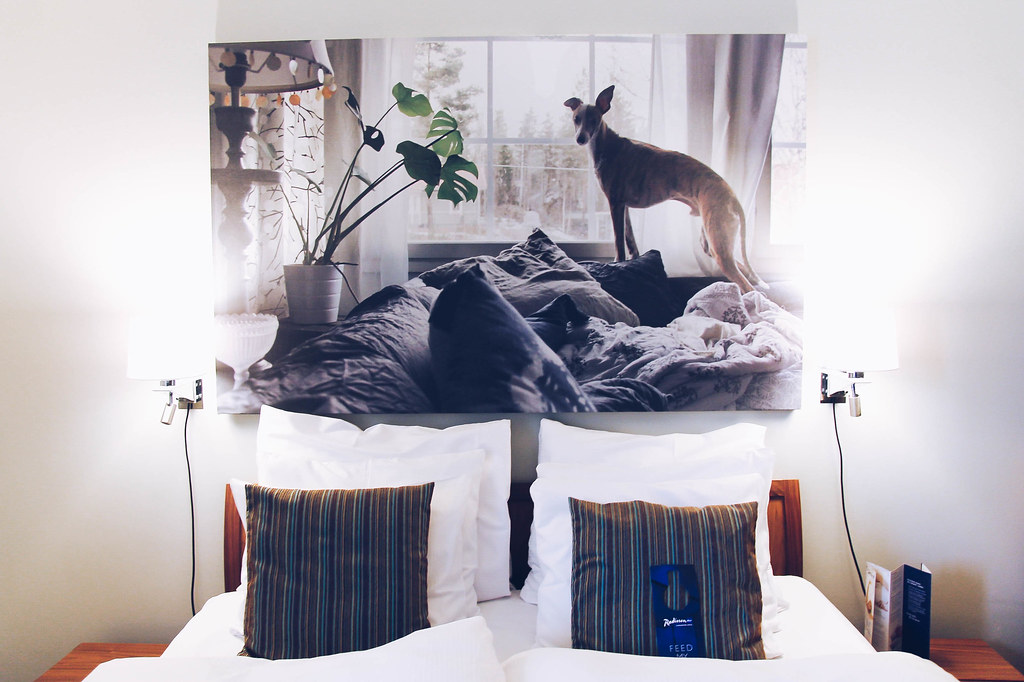 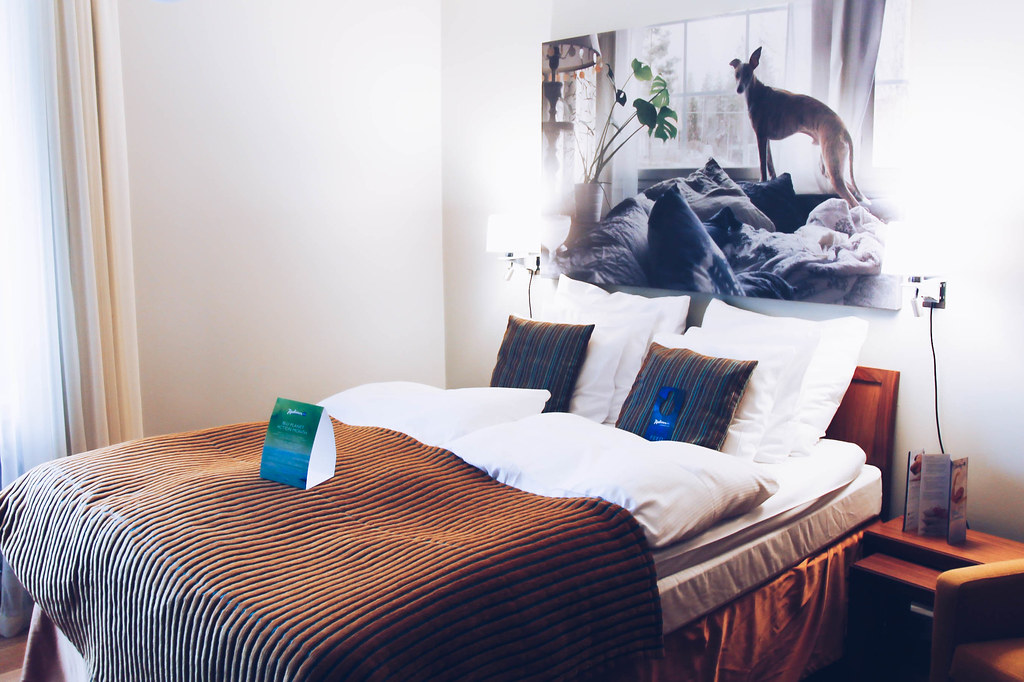 I am trying hard to learn the fine art of mirror selfies, but I’m not really there yet – haha. Sure brushing my hair or putting on some makeup could have done the trick.

I spent most of my last night in the hotel room, as I have a ton of work to catch up on after the media buzz earlier this week. So, I head out to have sushi dinner with my travel blogging colleague Jerry, after which I locked myself in the room for most of the night. I did though go to the gym first, yay for that! I am not sure I really got so much work done either though, as I was also watching a documentary on BBC about the children in Yemen who are affected by the war – so I ended up sobbing for half an hour for how heartbreaking it was… Sometimes you forget what it’s like out there when you spend your life jetting around in fancy destinations, and battling with first world problems like a broken iPhone screen (buhuu!). 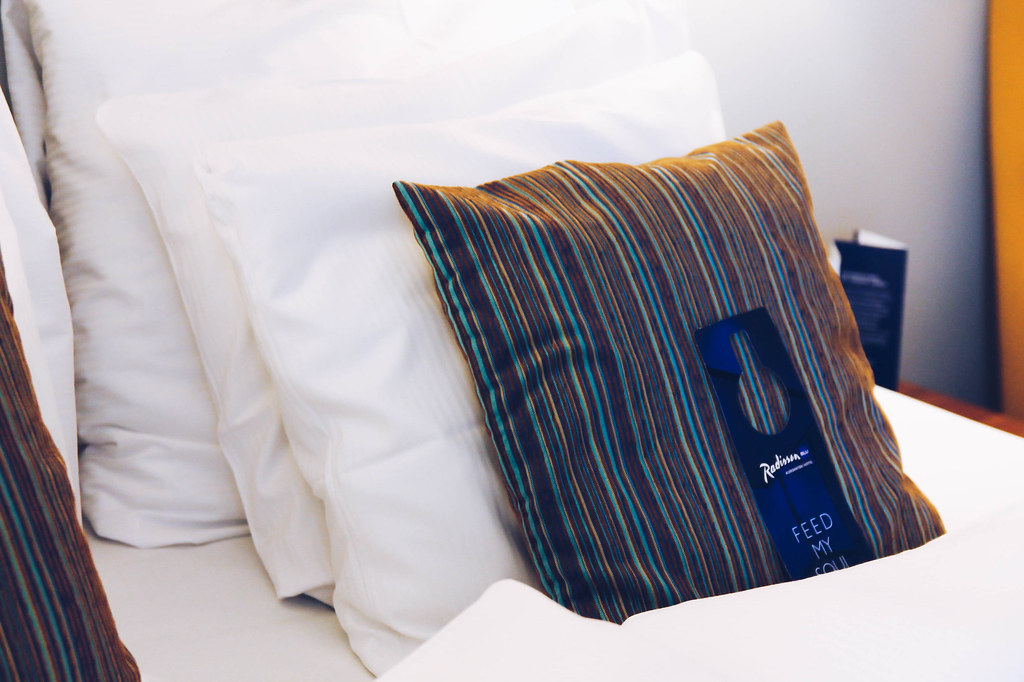 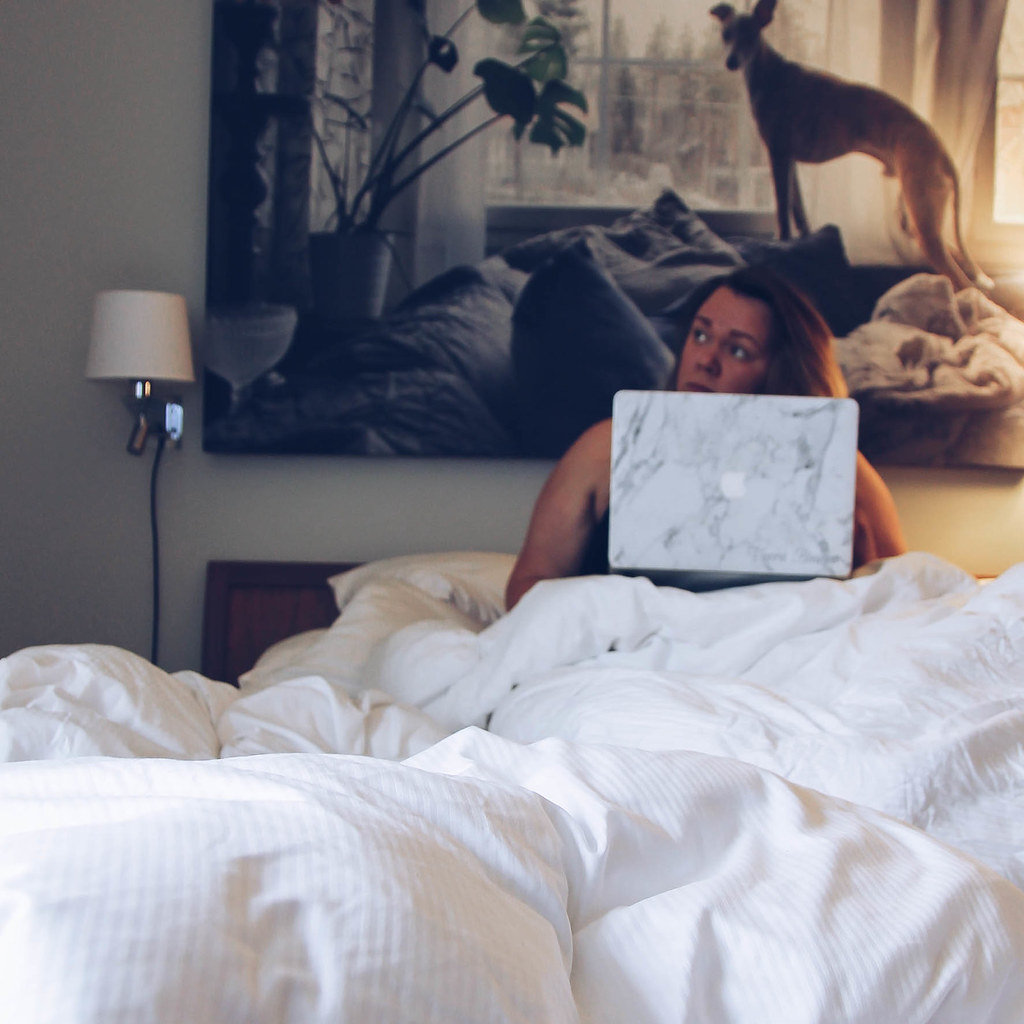 Wish Fridge – Cake in the middle of the night, don’t mind if I do!

So, back to the point. Radisson Blu Aleksanteri also happens to have a fridge for its guests where you can go grab some snacks whenever you like during your stay. For those staying in a Standard Room, you can purchase the access with 9-12 euros for half a day. Wish Fridge is totally worth the price though, during my stay there were a choice of different sandwiches, wraps, smoothies, fruit, ice-cream, and cakes. Surely enough to keep you fulfilled. The only thing I’d like to mention though is that there were not a lot of vegetarian options!

So late at night after I had done most of my work, I walked downstairs in my PJ’s (without realising people were there in their fancy suits drinking wine – but I just felt so at home) to check out what’s in the fridge. My healthy eating habits were pretty much history by the time I walked back to my room with a cake and an ice-cream in my hand… 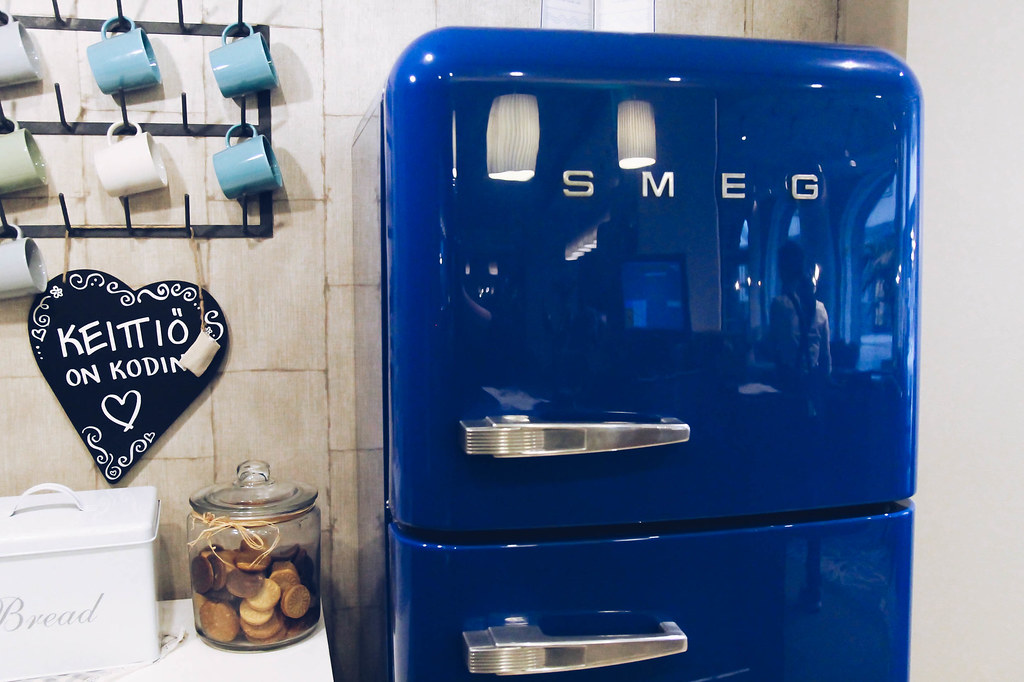 All Radisson Blu hotels here in Finland offer something called the ‘Super Breakfast’, which is your usual hotel breakfast, but with healthier options and a great emphasis on local and organic produce. I try to eat healthy in hotels as I eat several hotel breakfasts in a week – so I had an omelette with vegetables, and a bowl of porridge with nuts and syrup. Yumsies.

Oh, and I also had a cup of coffee because Radisson hotels almost always have soy milk on offer if you ask for it! 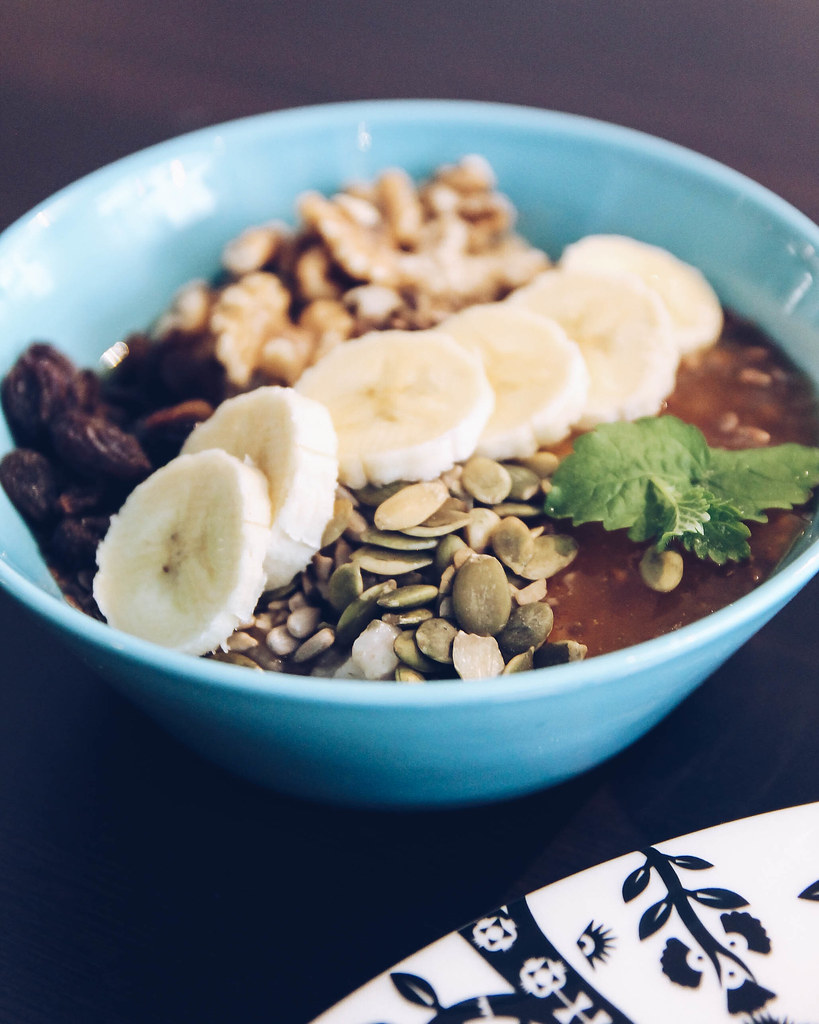 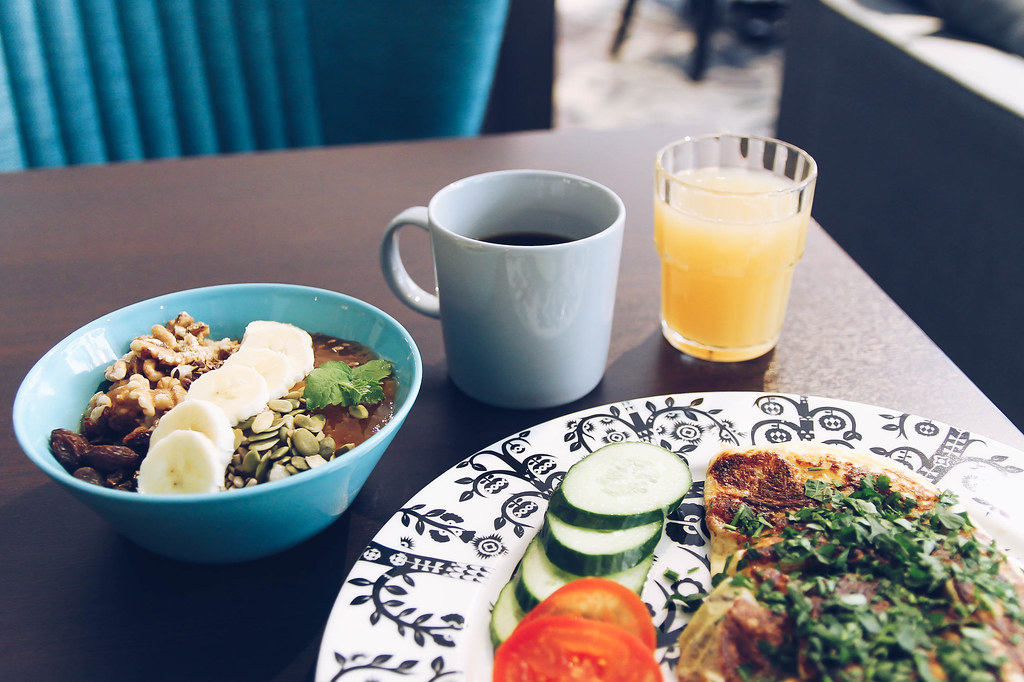 Where to stay in Helsinki: Radisson Blu Plaza Helsinki

My favourite cafés in Turku

Back to the sunny island of Malta