At first, the hotel’s main entrance was a tad tricky to find. The lobby itself was already crazy hipster with its old cars. From the lobby, I still needed to take an elevator up to the reception. The elevator itself was already an experience with its dark light and ‘fish’ swimming on the walls. 25hours Hotel Bikini’s reception was also an experience, but let the photos below tell the story.

Next to the reception there was also a small cute café, some hammocks, a shop and a lounge for the hipsters with their Macbooks. 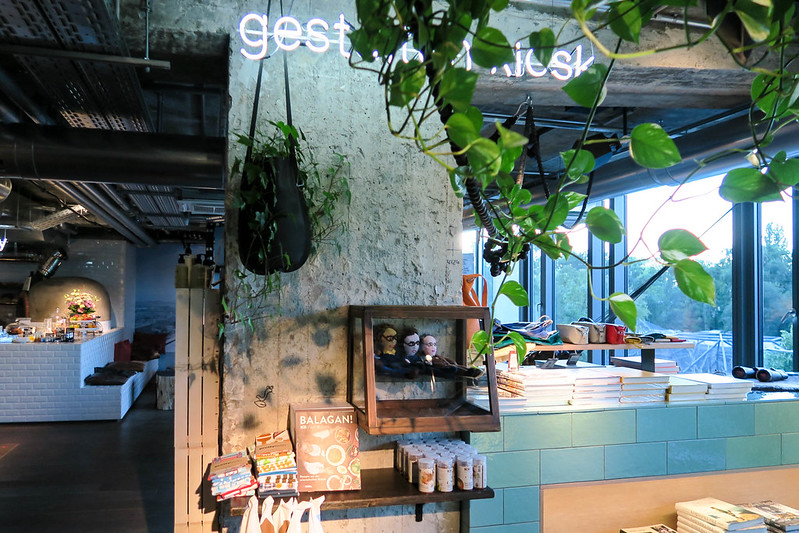 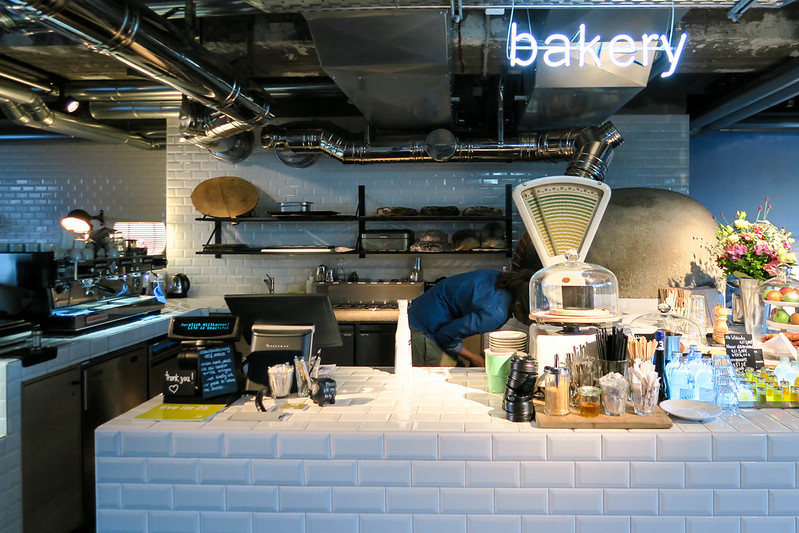 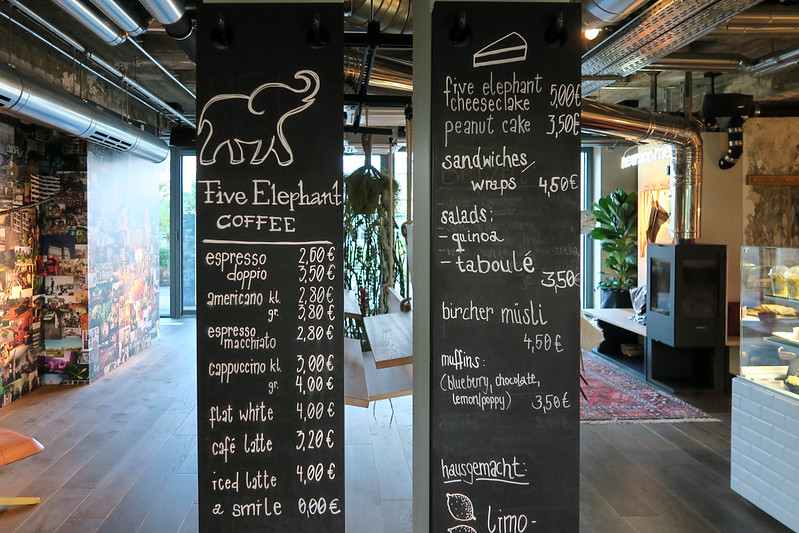 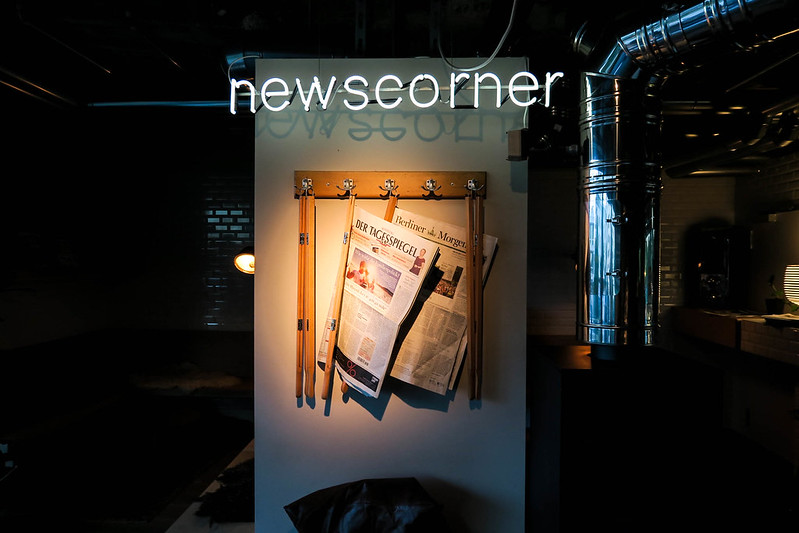 I got to stay in Jungle M. Room. The name jungle comes from the zoo right next to the hotel. So I literally got to spend my evening watching the orangutans from my room window while laying in the hammock. It was hard to believe I was in the heart of Berlin. So definitely make sure to take a jungle room for the most unique experience! The room was funky, cozy and very well detailed. Also, the shower doesn’t have a door so make sure you are staying in the room with someone you don’t mind being naked with haha! 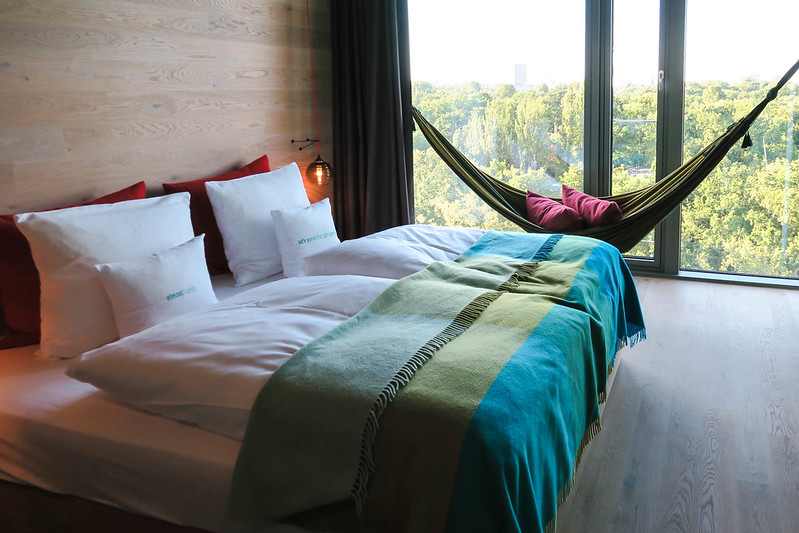 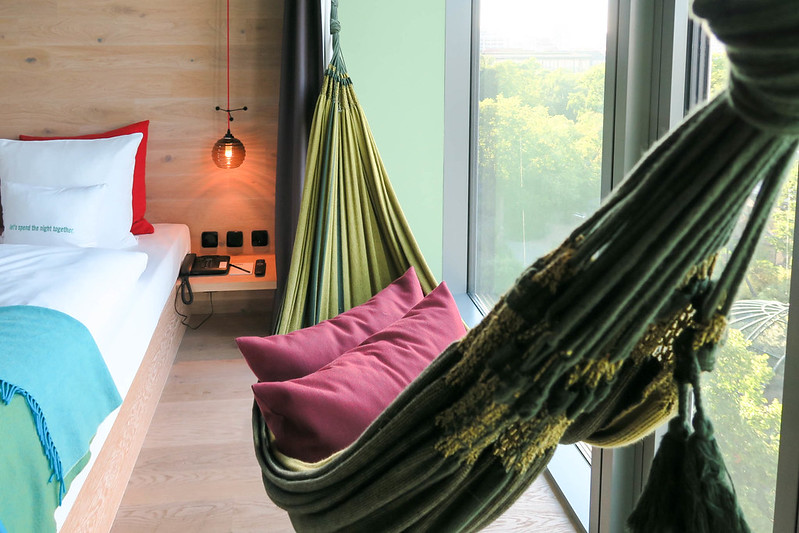 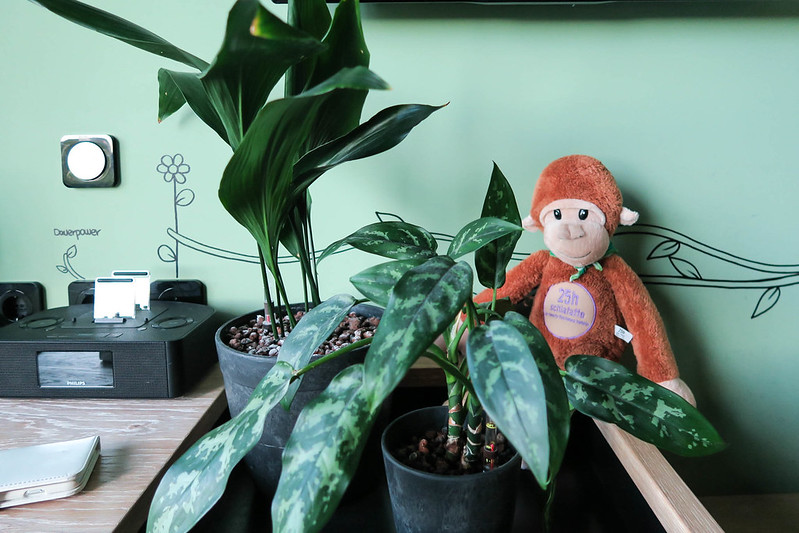 25hours hotels Berlin is home to some of the most delicious restaurants in Berlin, and one of the coolest rooftop bars. Neni berlin is a trendy restaurant that serves things like sweet potato fries and chia pudding. It’s somewhat a fusion of German and Middle-Eastern cuisine.

Monkey bar is popular among the locals, and for a reason. It’s a fabulous hipster bar above the skies of Berlin. A perfect place for a little summer night partying. 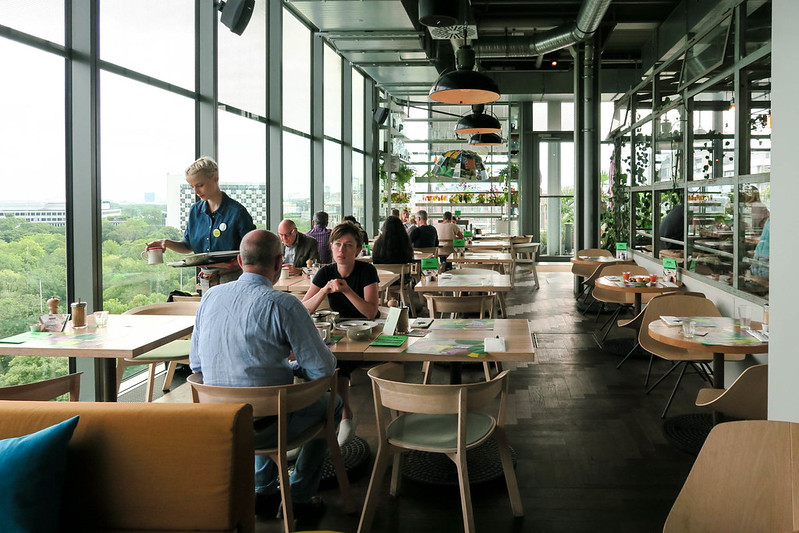 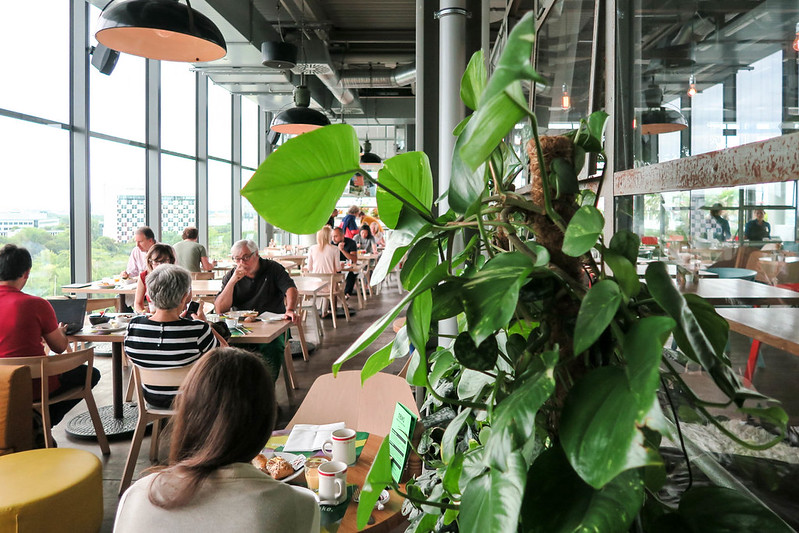 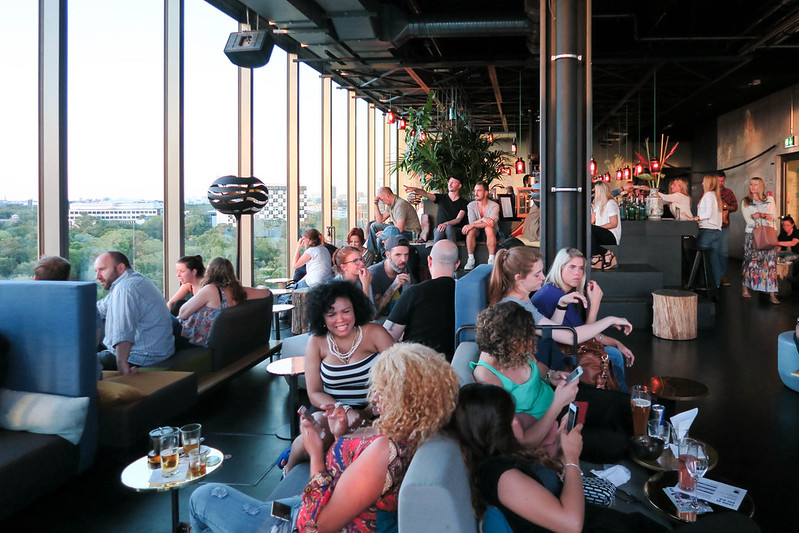 Now I’ve found it; Europe’s tastiest and most vegan friendly hotel breakfast! I try my best to put a little extra effort on eating healthy when travelling, as it seems to be all that I’m doing. And this time I had a hotel on my side. I mean, look at that granola. I also got a hot lemon water, a selection of tea and fresh vegetables. 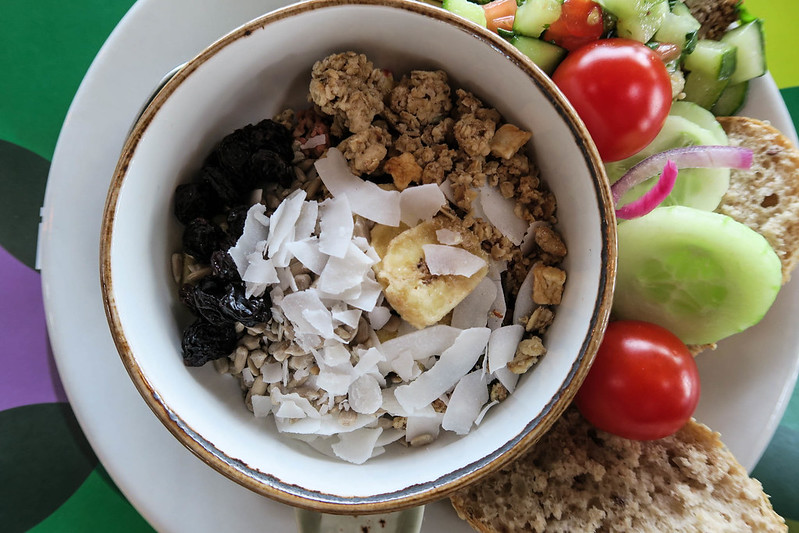 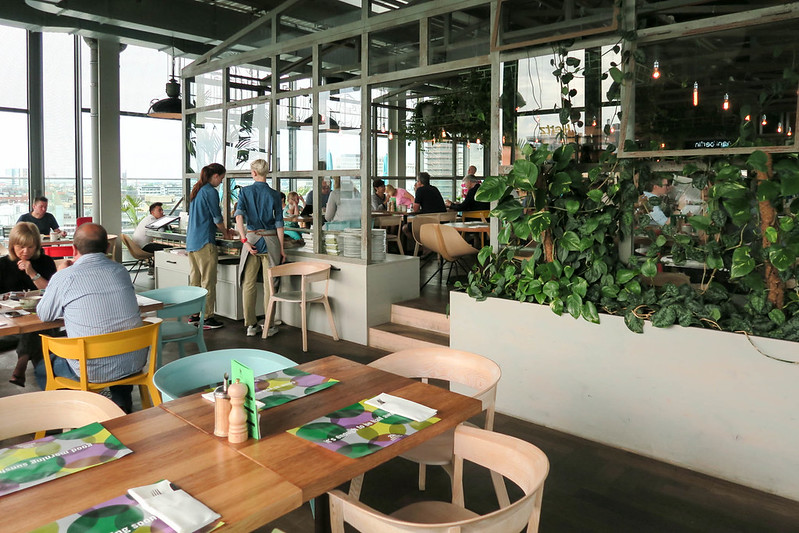 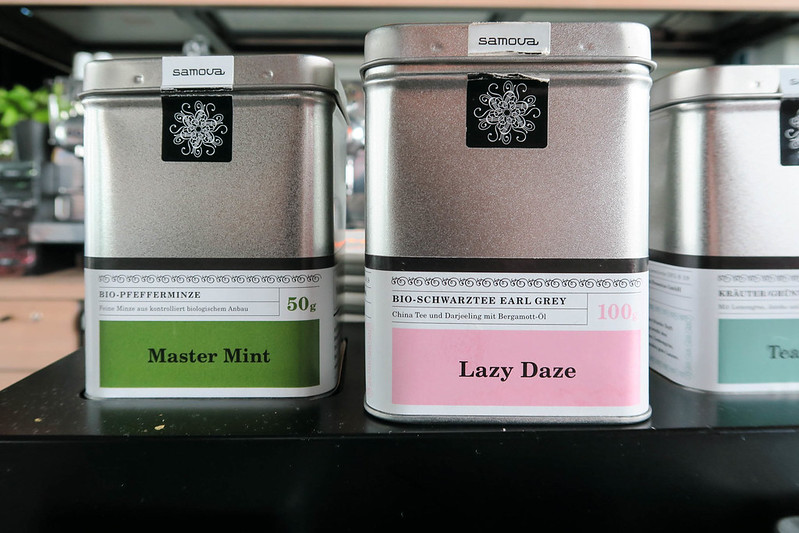 The hotel is located in Bikini-Haus, right next to Berlin Zoo in Charlottenburg. There are restaurants and shops near by and a metro to get to places. The hotel was also easily reached from Tegel Airport with bus X9. Where to stay in Berlin: ackselhaus & blue home Berlin

My favourite cafés in Turku

My favourite rooftop bars in Shanghai